A DREAM ON WHEELS 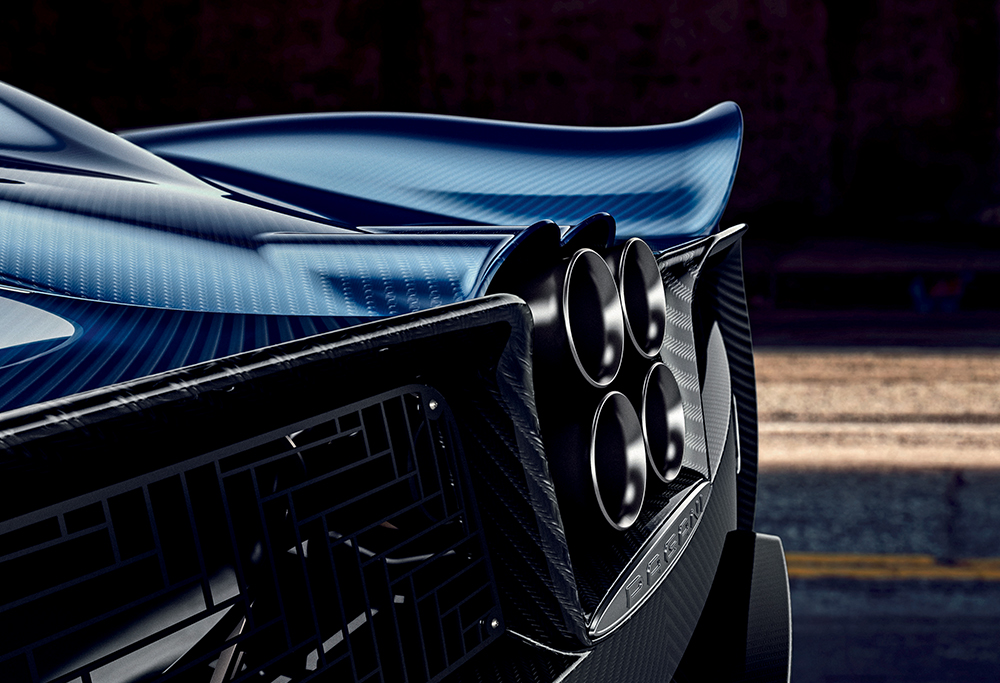 Pagani's constant focus on excellence is seen in the numbers: while the uncovered versions of the coupes are getting ever heavier, with the Huayra Roadster 70kg have been saved 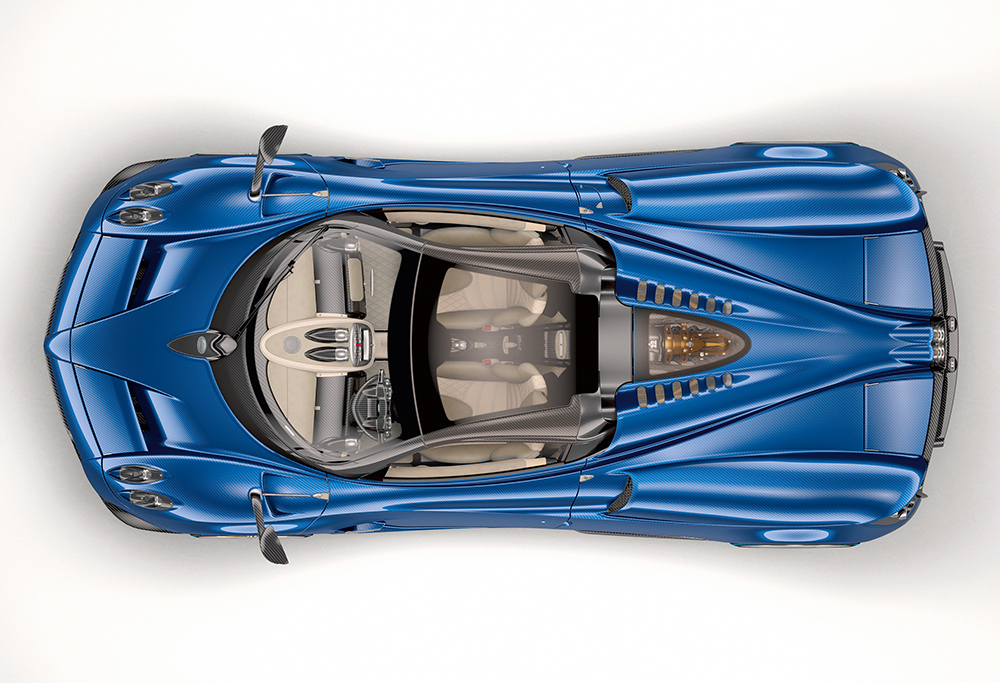 In foldable canvas in the front compartment or in glass suitable for every season? With the Huayra Roadster you don’t have to choose, both options come as standard

"The search for beauty as a fundamental concept, a work of art which is carefree, intelligent and topless ": the words of Horacio Pagani describe the spirit of this car that took six years to develop. In fact, there are many differences compared to the Coupé, such as the lower weight associated with greater torsional and flexural stiffness, despite the absence of the roof as a structural element. Less weight and more power: the V12 benefits from the further
development for the Huayra BC and takes maximum power output to 764hp and torque to over 1000 Nm. In addition, AMG engineers, along with those of Pagani, have worked on turbines to eliminate any delay in the accelerator response. The innovations seen on the BC that benefited the Roadster also concern the suspension, forged in extremely lightweight HiForg aluminum alloy specifically for the Huayra Roadster. 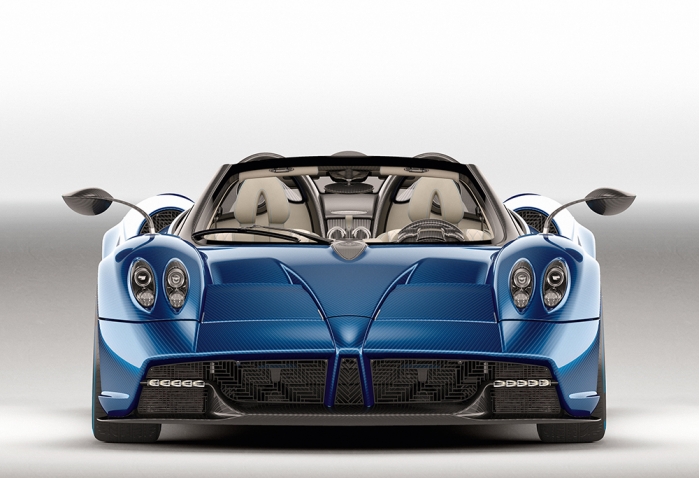 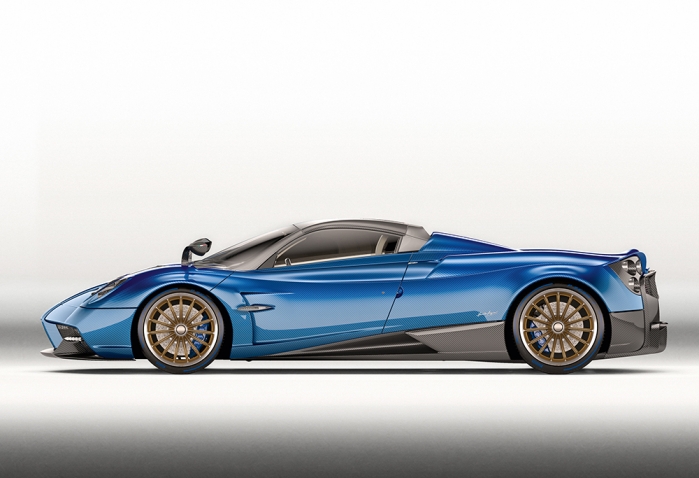 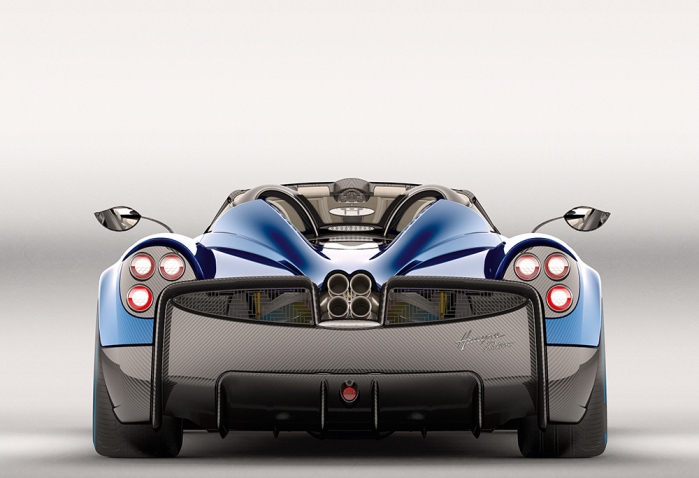 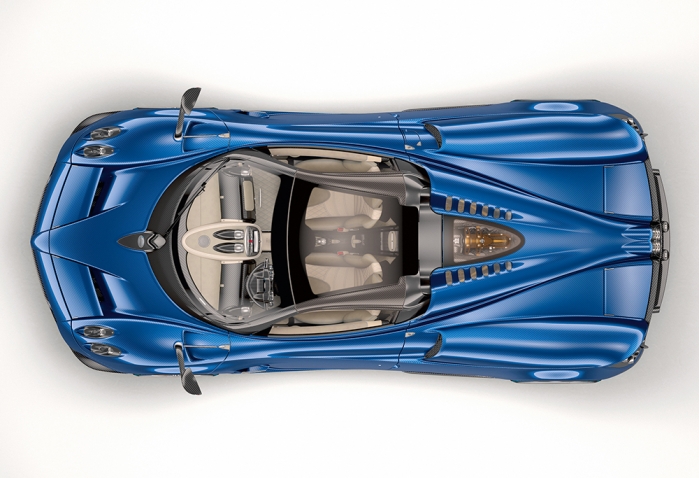 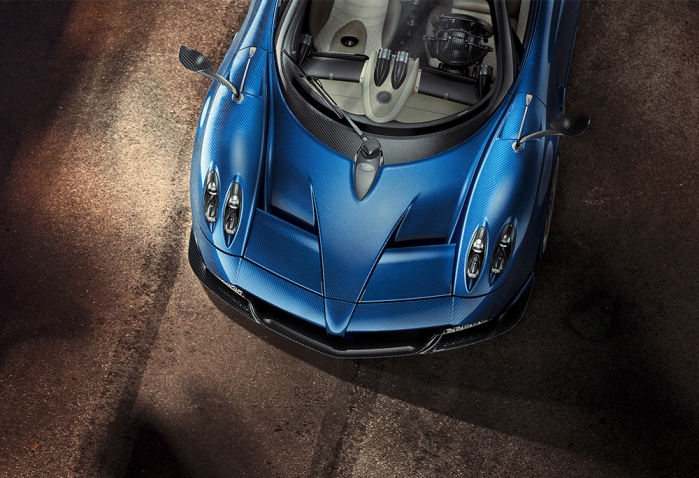 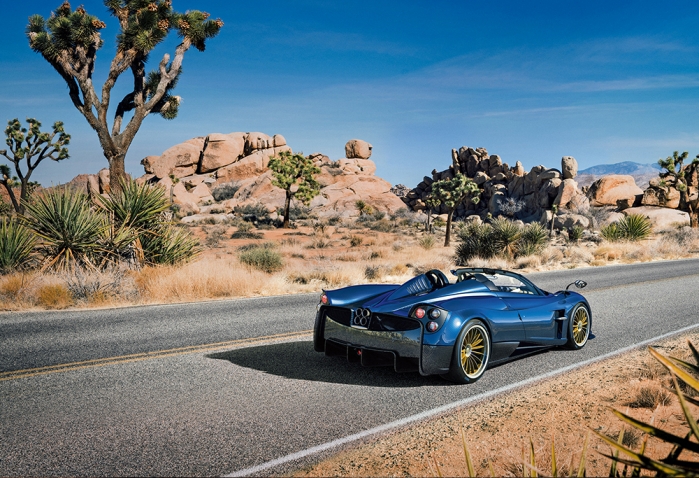 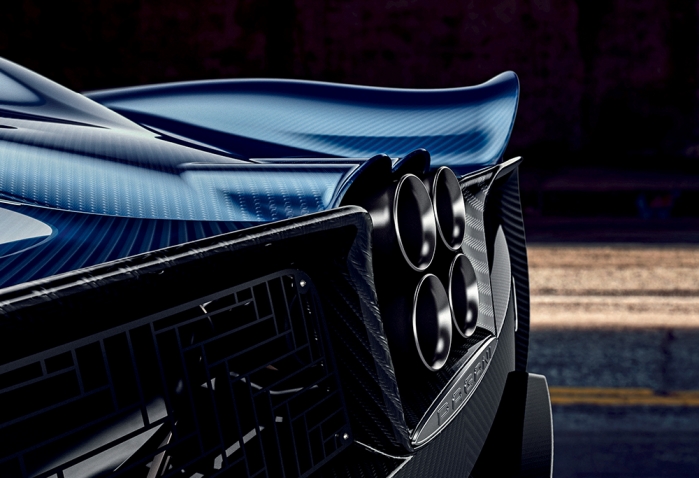 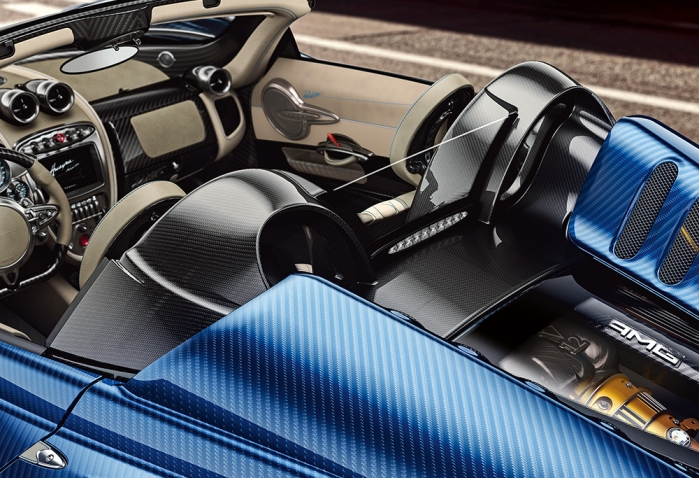 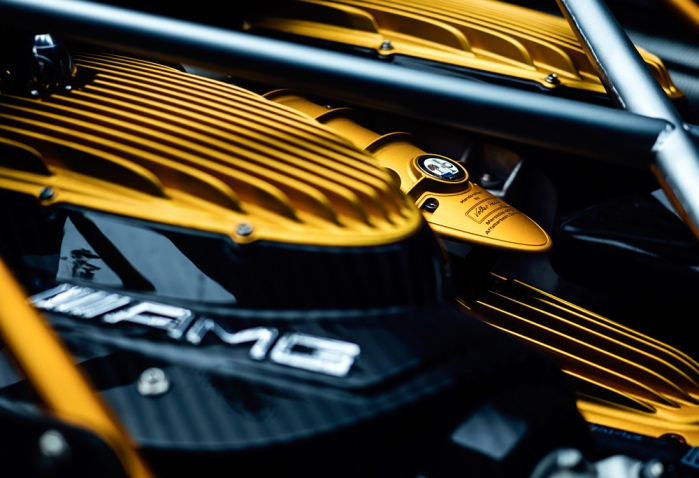 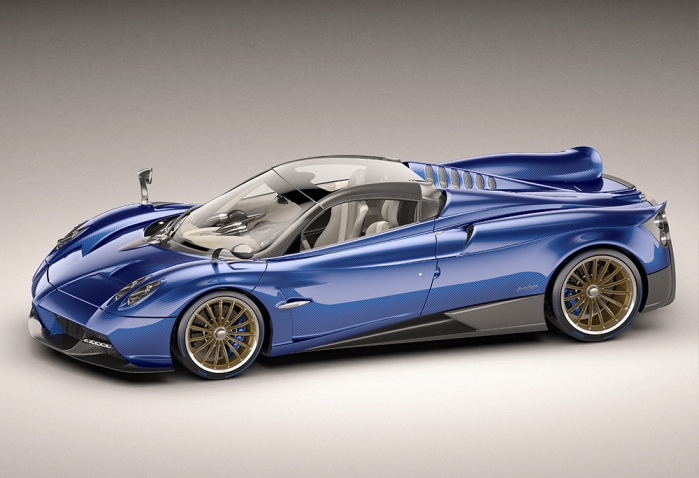 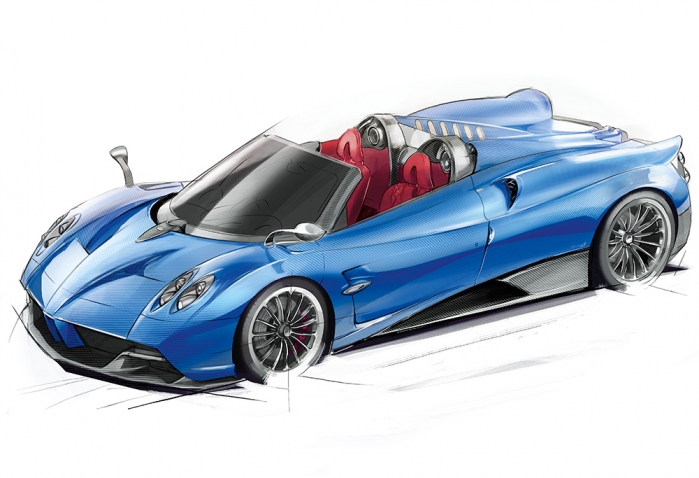